The Mount Graham red squirrel is in the news again, with some encouraging results of a recent census. The survey conducted by the Arizona Game and Fish Department, US Forest Service, and US Fish and Wildlife Service found an estimated population of the endangered squirrel at 272, a substantial increase from the 213 squirrels found in last year's survey. 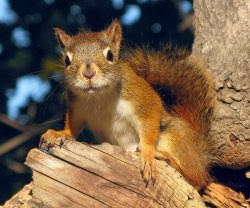 This isolated subspecies of the North American red squirrel lives only at high elevations in a mountainous area of southeastern Arizona. Its numbers have dwindled in recent decades due to habitat loss, forest fire, and drought. It was once believed to be extinct, before being rediscovered in the 1970s. The recent increase in numbers may be the result of a healthy growing year for the pinecones that make up much of this squirrel's diet. However, overall numbers are still low enough to make this species vulnerable to any event, such as a forest fire, that could devastate the population in one fell swoop.

Efforts to restore the population of the Mount Graham red squirrel have had mixed results. Habitat conservation is the most important step. An effort a few years to build a series of rope bridges across a highway that traverses the squirrels' territory was, unfortunately, defeated due to state budget cuts. A captive breeding program being considered at the Phoenix Zoo may also help supplement this squirrel's numbers. The Uinta ground squirrel is a squirrel of the western United States. It lives in colonies of between twenty and thirty individuals, in grasslands, meadows, and cultivated fields in parts of Utah, Wyoming, Montana and Idaho. 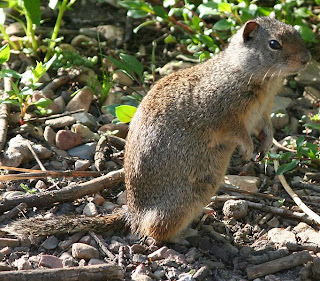 Looking a bit like a prairie dog that has lost weight, the Uinta ground squirrel has a brown back, slightly paler on the sides, and buff belly fur. The tail is black and brown, and the face and ears are cinnamon color. These squirrels measure about 11-12 inches in length, and the tail is about 3 inches long. They eat mostly seeds and green plants, but supplement this diet with insects and some small animals.

Uinta ground squirrels are active throughout the day, but only for about 3 1/2 months out of the year. From early fall until spring these squirrels hibernate in their underground burrows. The summer months are busy. In addition to gathering sufficient food to last through the long winter, females give birth to and raise litters of 4 to 8 young. The young typically leave the burrow and begin foraging about 24 days after being born. 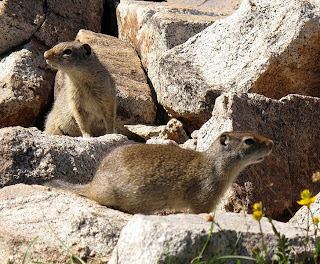 One Uinta ground squirrel has recently made the news for its wide-ranging, if involuntary, travels. This squirrel (pictured below) was trapped by a truck driver at a highway rest stop near the Utah-Wyoming border. The unidentified trucker took the squirrel home to Wisconsin where he gave it as a gift to a family in the Madison area. After about two months, the family realized that the wild ground squirrel would never make a good pet, and they turned it over to the Four Lakes Wildlife Center, which is a division of the local Humane Society.

The species is not native to Wisconsin, so the most like course of action was, sadly, euthanasia. Fortunately, the wildlife center has been able to find a volunteer to transport the Uinta ground squirrel back to Utah. If all goes well, the squirrel will soon be back in its familiar habitat. 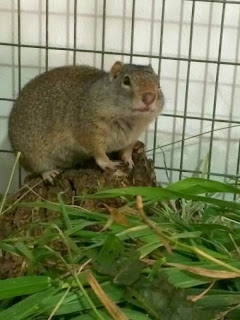 The Squirrel Gardens of Japan

Amazingly, this is a real thing. According to a recent post on the gaming website Kotaku.com, Japan has a number of squirrel gardens, or risu-en. These gardens are just what the name suggests: parks or zoos where people can go to be surrounded by squirrels. The most famous of these, Machida risu-en, is located in Tokyo. But there are several others in various locations throughout Japan. 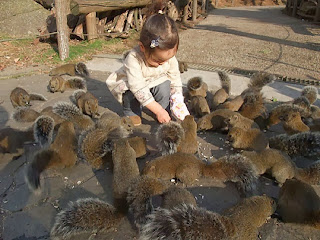 Different squirrel parks apparently specialize in different breeds of squirrels, with some featuring multiple species. Also, the parks differ in whether or not feeding and handling of the squirrels is encouraged. Some of the parks also have other small animals, but the squirrels are clearly the main attraction.


Below are a few more photos from the Kotaku.com story. The official website for the Machida risu-en squirrel park can be seen here. For some reason, I feel a sudden urge to plan a visit to Japan! 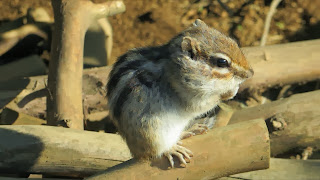 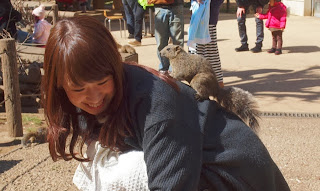 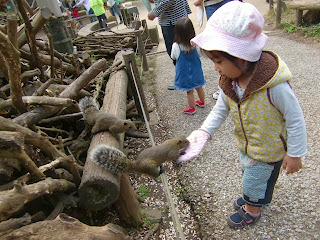 The Barbary ground squirrel is a squirrel of northwestern Africa, where it inhabits dry scrubland, grassland, and rocky areas up to an altitude of about 13,000 feet. The only squirrel in Africa north of the Sahara desert, it is native to Morocco and Algeria, and has also been introduced to the Canary Islands. Its body measures about 6-9 inches in length, with a bushy tail that is about as long as the body. 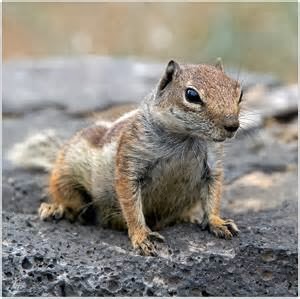 This squirrel is grayish brown or reddish brown in color. Its most recognizable feature is a white stripe running down each side of the body, and sometimes a stripe running down the middle of the back. The belly is a pale gray, and the tail has gray and brown bars. It prefers to live in rocky environments, where it may burrow in the ground or make nests within the crevices of large rocks. Like most ground squirrels, Barbary ground squirrels live in colonies made up of multiple families. 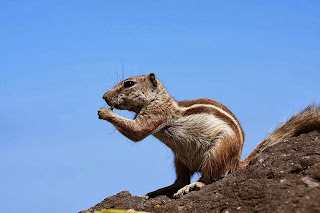 This squirrels are sociable, and can frequently be seen foraging food in the morning and evening hours. In areas frequented by humans, they show little fear and will often eat from people's hands. They are primarily herbivores, and their favorite food is the olive-like fruit and seeds of the argan tree. While plentiful in any areas where the source of this food is secure, if there is a food shortage these squirrels will migrate to another area. Barbary ground squirrels may breed twice a year, with up to four young in a litter. 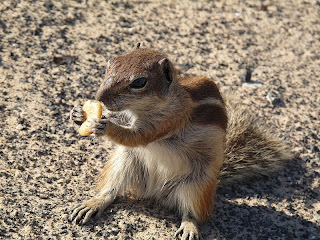