The Rally Squirrel Is Back, and It Hates the Phillies!

Back in 2011, the Major League Baseball world was captivated as a squirrel helped the St. Louis Cardinals to a win in the National League Divisional Series against the Philadelphis Phillies. After the Cardinals went on to win the World Series, the team even immortalized the Rally Squirrel on their championship rings, 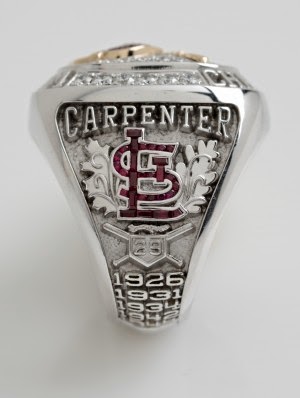 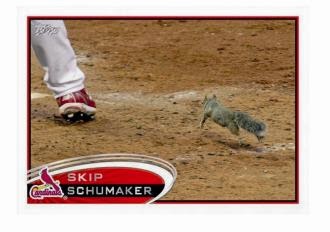 And now the Rally Squirrel is back! This time, the squirrel (or one of its cousins) showed up at Coors Field in Denver as the Colorado Rockies were playing the Phillies this past Saturday. The squirrel made its appearance during the third inning, wandering around behind home plate, checking out the Phillies' dugout, and running into the outfield, to the delight of fans and television commentators.


The squirrel stuck around into the fourth inning, and the home team Rockies went on to win the game. It seems that the Rally Squirrel has a grudge against Philadelphia. Or maybe it's trying to send the message that the Phillies should change their name to the Philadelphia Squirrels. After all, what the heck is a "Phillie" anyway?
Posted by Dan H at 5:16 PM 6 comments:

Update April 3, 2014: Today the Center for Biological Diversity filed a notice of intent to sue the US Fish and Wildlife Service for failing in its obligation to protect the San Bernardino flying squirrel under the Endangered Species Act. Here's wishing the Center for Biological Diversity good luck in this action, and hope that it brings help quickly before we lose this wonderful squirrel forever!

The San Bernardino flying squirrel is a subspecies of the northern flying squirrel. It lives in high conifer forests in the mountains of southern California. Like other flying squirrels, this small nocturnal squirrel uses a membrane that stretches between its wrists and ankles to glide up to 300 feet between trees in search of food. 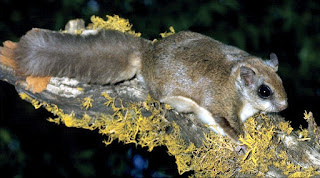 Unfortunately, the San Bernardino flying squirrel has declined in numbers in recent decades and may be in danger of disappearing altogether. In 2010, the Center for Biological Diversity petitioned the federal Fish and Wildlife Service to list the squirrel as an endangered species threatened by global climate change.

It is believed that the species has already disappeared from part of its range, the San Jacinto Mountains, and is now restricted to the higher elevations of the San Bernardino Mountains. And even on those peaks, its territory is gradually shrinking due to the effects of global warming. 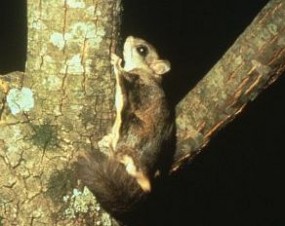 The San Bernardino flying squirrel depends on cool, wet old-growth forests with plenty of big trees, fallen logs and large tangles where it can find its primary food, truffle fungus. In recent decades, harmful forest management practices that call for removal of downed trees and snags, and the spread of suburban development, have encroached on this habitat. Now the remaining territory is shrinking as rising temperatures and drought drive the squirrel to higher elevations.

Fortunately, there may be some relief in sight. Earlier this year the Fish and Wildlife Service issued an initial positive decision to protect the San Bernardino flying squirrel under the Endangered Species Act. Although this is not a final decision, it brings the squirrel a step closer to protection. A positive final decision would prevent further development on remaining habitat and could help make a case for additional restrictions on carbon emissions that contribute to global warming.
Posted by Dan H at 6:15 PM 5 comments: