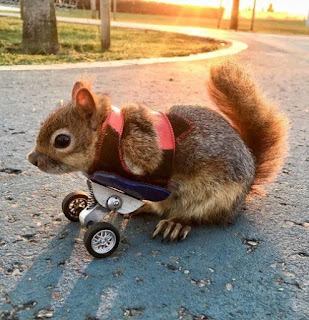 Of course, Caramel will never be able to live in the wild. But thanks to the caring and compassion of the people who have given so much of their time and resources to helping her, she has the opportunity for a happy life.
Posted by Dan H at 3:51 PM